In 1960, Bob Martin and Frank Bayley formed a partnership and began opening Big John supermarkets in small Southern Illinois towns, eventually branching out to Kentucky and Tennessee. Their first convenience store was opened in 1974 in Grayville, IL and was named “HUCK’S”.

Today, we operate over 120 locations in Illinois, Indiana, Missouri, Kentucky, and Tennessee. With innovative ideas, hard work, and a vision for the future, Martin & Bayley, Inc. has grown to be one of the most financially sound companies in the country with over 1500 employees.

In March of 2001, the Martin & Bayley family’s sold the company to the employees making us a 100% Employee Owned Company!

The Karing for Kids (KFK) Charitable ​Fund was created by Huck’s in 2005 to make Christmas a little better for those children who are less fortunate. We continue to grow this program each year and expand our support to children year round. 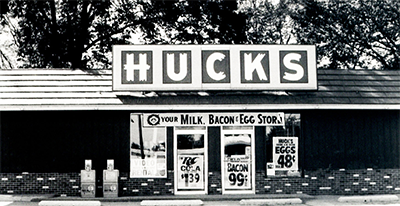